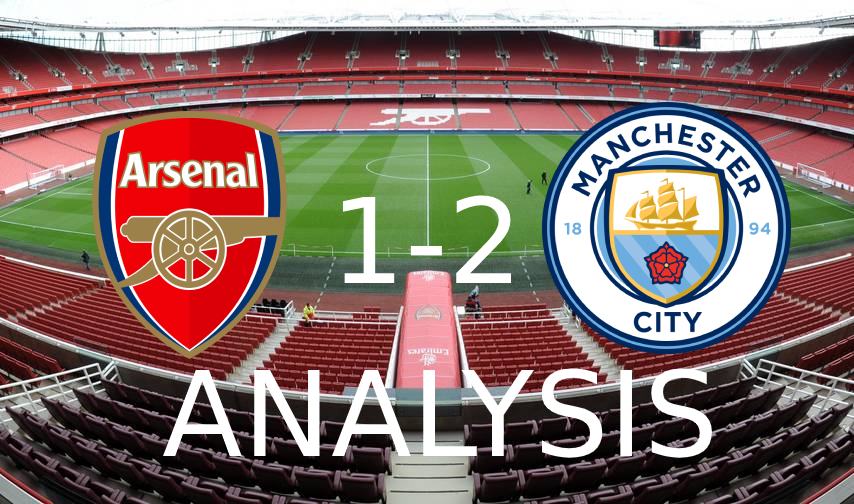 Manchester City began the new year with a narrow victory against Arsenal at Emirates Stadium.

The Gunners were off to a great start. They deservingly took the lead as Bukayo Saka scored a 31st minute goal courtesy of a low cross by Kieran Tierney. However, things turned around in the second half when the defending champions were awarded a penalty. In the 55th minute, Granit Xhaka was penalised for tugging Bernardo Silva’s shirt following a VAR check. Riyad Mahrez converted the penalty to level the score. Things got worse for Arsenal as Gabriel received two yellow cards in the space of a couple of minutes and the home side was down to ten men. Manchester City scored a stoppage time winner, all thanks to Rodri, and emerged victorious to make them 11 points clear at the top of the league table.

Arsenal fielded the 4-2-3-1 formation. In-form Takehiro Tomiysu returned to the starting XI for the first time since the Leeds United fixture. Granit Xhaka and Thomas Partey teamed up in a double pivot with Martin Odegaard offering support as a number 10. Alexandre Lacazette started as the main man up front.

Rodri delivered a fantastic performance for Manchester City. Besides scoring the match-winning goal, he had a great impact in terms of his overall game.

The Spanish holding midfielder had a passing accuracy of 90%, delivering 44 passes in the opposition half, more than any other player. He won 4 duels, made 5 clearances and 6 recoveries.

Luck against Arsenal’s side

Having been tasted positive for Covid-19, Mikel Arteta was absent on the touchline yesterday. But it was evident that Pep Guardiola’s protégé had done his homework and almost masterminded a win for Arsenal.

Arsenal looked very threatening throughout the game, even after Gabriel’s red card. They pressed in a very organised way and managed to nullify Manchester City. In the first half, City had failed to register a shot on target. However, luck was not on their side as a set of unfortunate events like penalty, Martinelli’s miss and red card turned things around in City’s favour.

Despite the final result, Arsenal can surely hold their head high and be proud of the way they showed up against the defending champions.