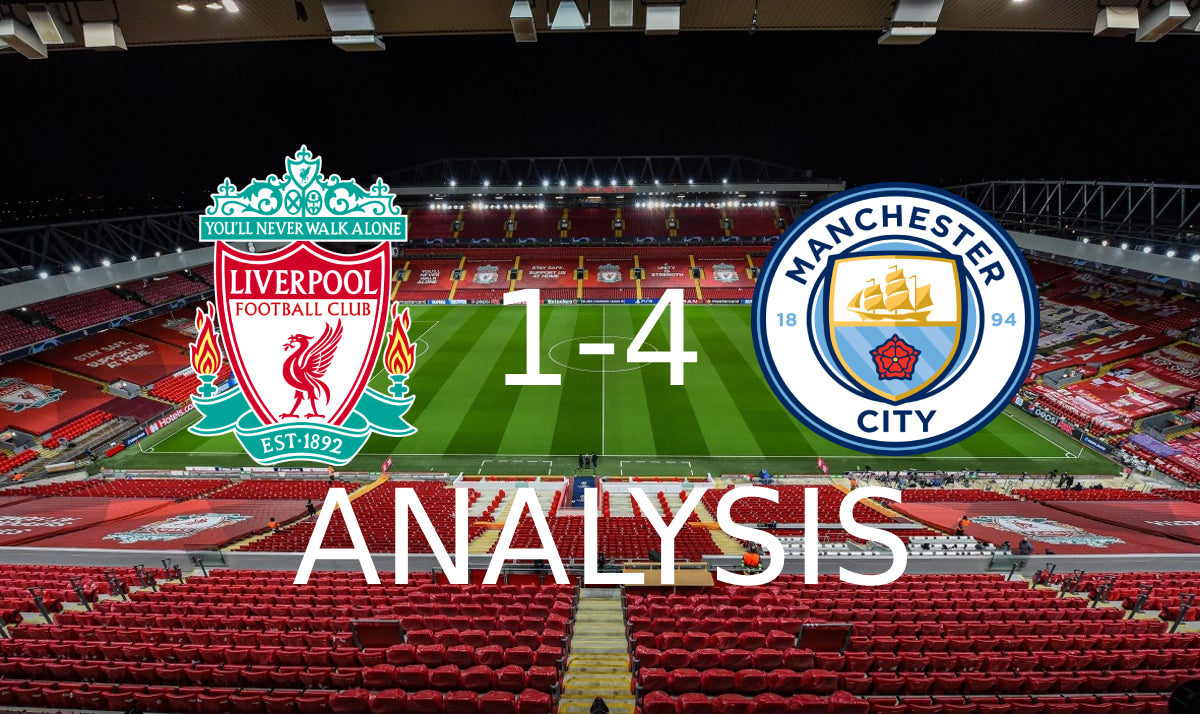 Liverpool were annihilated by Manchester City.

Manchester City started the game in a very positive manner. Despite being a better side, they failed to score in the first half. Ilkay Gundogan missed a penalty in the 37th minute after Raheem Sterling was fouled by Fabinho inside the box.

In the second half, City continued to remain a dominant force. They didn’t have to wait for long as Gundogan made up for his missed penalty after scoring in the 49th minute. Ruben Dias gifted Liverpool a penalty in the 63rd minute by fouling Mohamed Salah, which the Egyptian managed to convert to level the score.

Ilkay Gundogan scored his second goal of the game in the 73rd minute to give City the lead. In the last 15 minutes, Pep Guardiola’s side completely ripped Liverpool to shreds. Raheem Sterling scored against his former club in the 76th minute as Alisson was involved in giving the ball away in both second and third goals. Phil Foden produced a magical moment in the 83rd minute to finally put the game to bed. He cut inside from the right, dribbled past defenders and scored with a cracking finish to increase City’s lead by 3 goals.

Liverpool played the 4-3-3 formation. With their first team’s centre-backs still injured, Jurgen Klopp continued to field the pairing of Jordan Henderson and Fabinho to fill that gap. The German manager made three changes as Sadio Mane replaced Xherden Shaqiri, Curtis Jones started ahead of James Milner and Fabinho came on for Nathaniel Phillips.

Centre-backs still an issue for Liverpool

With Virgil van Dijk, Joe Gomez and Joel Matip out because of long-term injuries, Jurgen Klopp is being forced to use the likes of Jordan Henderson and Fabinho as makeshift centre-backs.

Liverpool did announce the arrival of two new centre-backs on deadline day. Ozan Kabak and Ben Davies joined from Schalke and Preston respectively. However, Klopp decided not to field both of them in their clash against Manchester City. The German manager revealed that there was no chance new signings would start on Sunday.

“There was no chance of them starting. They had four sessions together – we had options so it was clear we would start with the more settled pairing.”

Klopp on Kabak and Davies

It looks clear that Klopp didn’t want to start the pair. He believed it was unfair to throw them against an in-form opposition like Manchester City.

Phil Foden: The Man of the Match

Phil Foden was the standout player for Manchester City yesterday. He assisted Ilkay Gundogan’s second goal and scored a fantastic goal by cutting inside from the right and dribbling past the Liverpool defence.

Besides his goal and an assist, he also created two chances and made one key pass. Feden has been in fine form this season. The English wonderkid has been directly involved in 8 goals in his last 10 starts in all competitions for the club (5 goals, 3 assists).