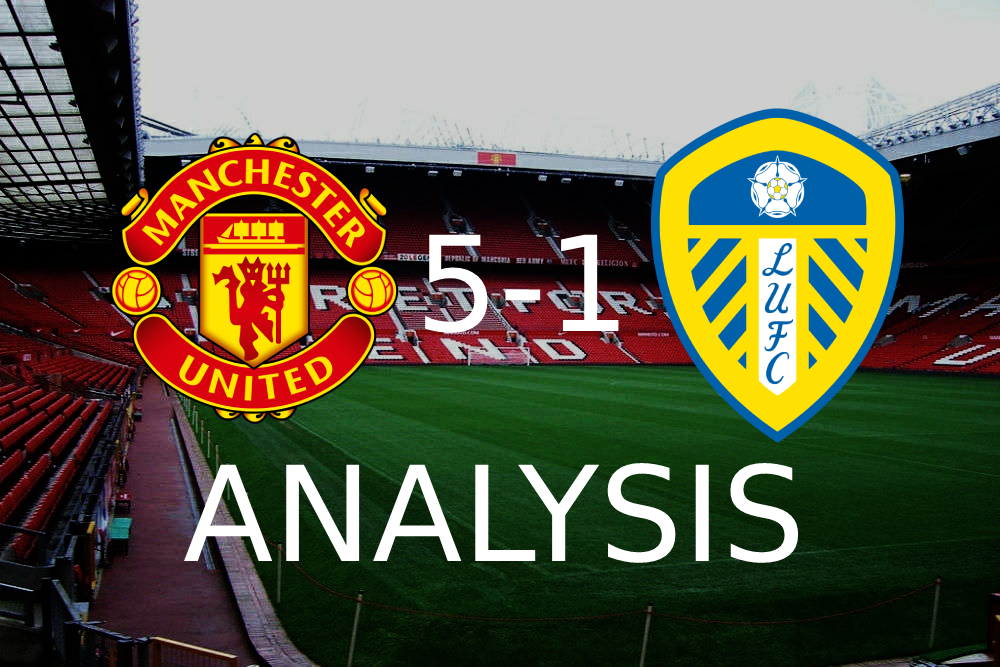 Manchester United commenced their 2021-22 Premier League campaign in style with a comfortable win over Leeds United.

It took half an hour for Bruno Fernandes to break the deadlock in United’s favour. The Red Devils’ good start turned into an absolute domination in the second half. Luke Ayling scored a thunderous screamer to level the score four minutes into the second half. It didn’t take United very long to come up with a response. Mason Greenwood scored just a couple of minutes later to restore the lead, courtesy of an inch-perfect pass by Paul Pogba. Fernandes completed a quick hat-trick by scoring two more goals in the space of six minutes. Fred scored the third Premier League goal of his career to increase United’s lead by 4 goals.

Ole Gunnar Solskjaer stuck with 4-2-3-1 formation just like the previous season. Victor Lindelof and Harry Maguire continued to start together as the centre-backs. Fred and Scott McTominay were deployed in a midfield double pivot with Paul Pogba operating as a winger. Mason Greenwood led the attack as the main man up front.

Paul Pogba and Bruno Fernandes played the game of their lives yesterday. Pogba, in the midst of all the transfer and contract speculation, turned up and delivered four assists in the opening matchday, more than he managed in the whole of last season. The Frenchman played with full confidence and continued to prove that he is still a very important asset to the team. Solskjaer revealed giving Pogba the freedom to roam, and it did pay off just fine.

Bruno Fernandes scored a hat-trick and took home the match ball. The Portuguese midfielder came back from a disappointing Euro 2020 campaign and started the new season in such a positive manner. The Old Trafford crowd was buzzing as the fans witnessed the club’s first Premier League hat-trick in front of their very eyes for the first time since 2013.

Pogba and Fernandes lifted the whole team with their top-class performances and more of the same will be expected from them in the whole campaign.

Varane announcement, the icing on the cake

United fans couldn’t have asked for a better opening day. Besides their great start to the season, the club finally announced the signing of Raphael Varane. The former Real Madrid centre-back was revealed as United’s brand new signing. Varane walked out on the pitch before the game for the presentation and received a very warm welcome from the roaring Mancunians.

Solskjaer expressed how delighted he was after having secured one of the world’s best defenders.

“I’m absolutely delighted that we have managed to secure one of the best defenders in the world over the last 10 years. Raphaël is a proven winner who we have tracked over a long period of time and we know just how much of a dedicated professional he is.”