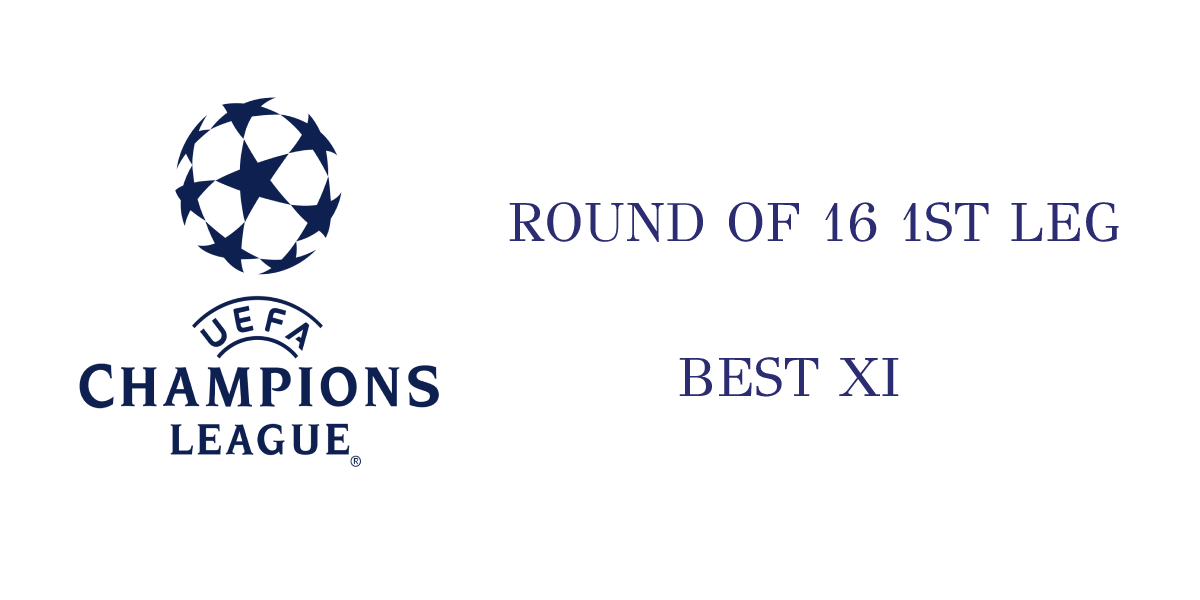 The knockout stage of the UEFA Champions League is where we witness the best of the beautiful game. The first leg of the Champions League round of 16 produced some cracking fixtures, as always.

We saw Paris Saint Germain completely annihilating Barcelona by beating them 4-1 at Camp Nou. Leipzig were defeated at home by the English champions Liverpool. Borussia Dortmund beat the Europa League winners Sevilla. Chelsea secured a key win against Atletico Madrid at Metropolitano. Manchester City and Bayern Munich triumphed easily in their clashes against Borussia Monchengladbach and Lazio respectively. Injury-ridden Real Madrid got one over on Atalanta. Porto were the only home side to grab a win in the first leg, defeating the Italian champions Juventus.

Many star players rose to the occasion and impressed the football fans with their match-winning performances. Here’s our best starting XI of the first leg of the UEFA Champions League round of 16.

There weren’t any standout goalkeeping performances in the first leg. However, we decided to pick Alisson in our best XI. The Liverpool goalkeeper had a decent game at Puskas Arena.

Alisson made 2 saves, 11 recoveries and 43 passes against Leipzig.

Alessandro Florenzi and Ferland Mendy make into our XI as fullbacks. Florenzi had a great game in PSG’s 4-1 win against Barcelona. The Italian international created 2 chances and made key passes, having a passing accuracy of 93%. Ferland Mendy was the standout performer in the white jersey. The Real Madrid left-back scored an exquisite goal from outside the box with a right-footed strike.

Azpilicueta and Nacho delivered great defensive performances for their respective clubs. The Chelsea skipper made 4 clearances, 2 tackles, 4 recoveries and an interception while also winning 6 duals. Nacho replaced the injured Sergio Ramos and delivered a masterclass for Real Madrid. The Spanish defender won 7 duels and made 3 tackles, 2 interceptions and 4 recoveries.

Leandro Paredes was one of the best performers for PSG. The Argentinian midfielder assisted Moise Kean’s goal in a perfectly delivered set-piece. He had a passing accuracy of 93% and made 10 recoveries as well.

Bernardo Silva delivered the man of the match performance for Manchester City in their win against Monchengladbach. The Portuguese international scored a goal and assisted Gabriel Jesus’ goal.